The History Of Tea

The History of Tea

The History of Tea 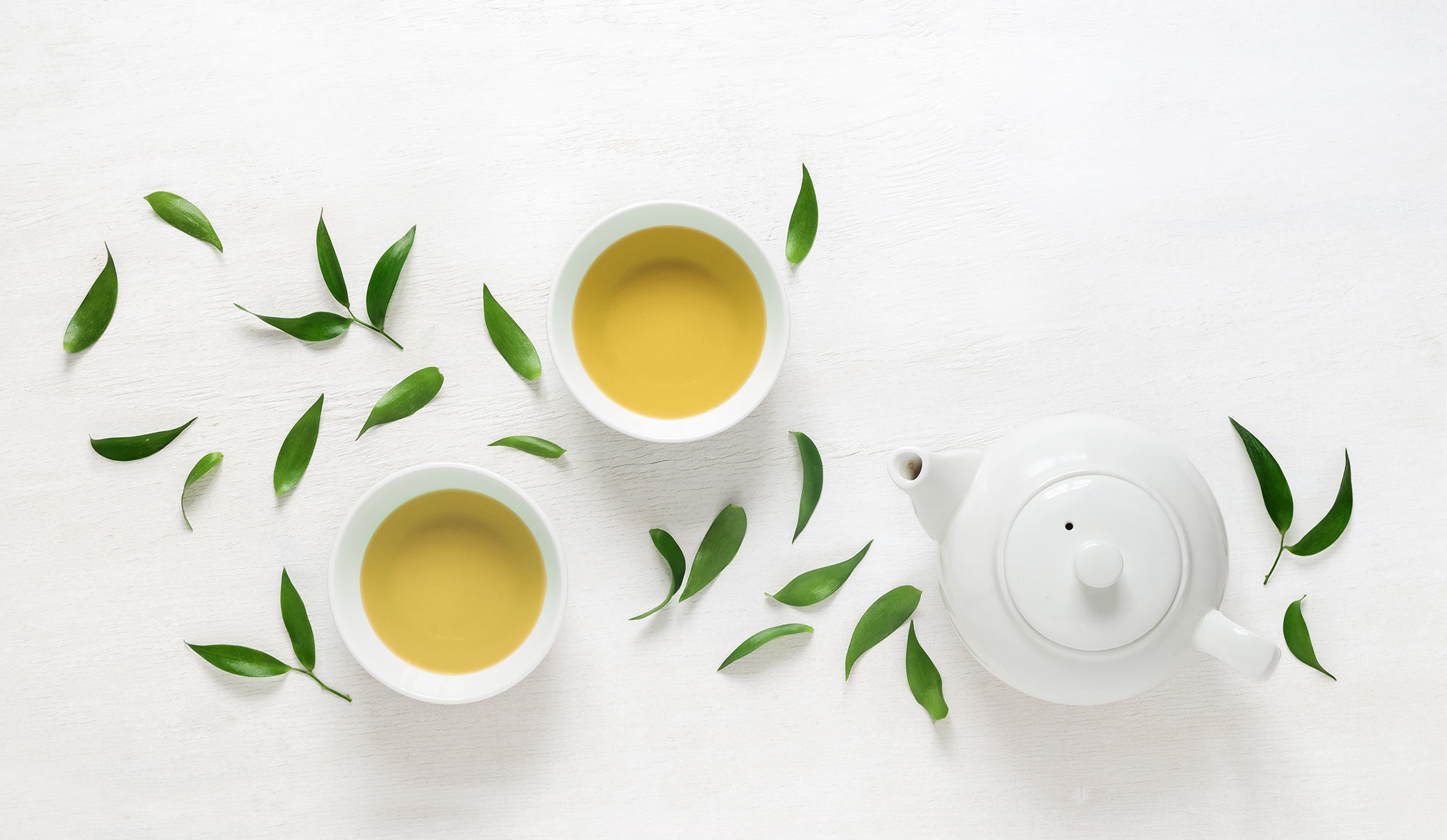 How tea was discovered
It is difficult to tell who invented tea or where and how the first cup of tea came to be brewed. Legend has it that the discovery of tea was made when Emperor Shen Nung of China came across the Camellia Sinensis plant back in 2737BC; a few leaves stirred by the wind fell into a pot of boiling water as his troops took refuge under the tree, giving the world its first taste of tea. Others claim that tea originated in 1500 BC – 1046 BC in China and was discovered by the Shang Dynasty as a medicated drink. There are other gruesome tales that tell of the origin of tea; the founder of Chan Buddhism, Bodhidharma, accidentally fell asleep for nine years and woke up in such disgust that he decided to cut off his own eyelids. It’s believed that these took roots in the ground and grew to become the first tea bushes. Whether or not these legends have any real facts attached to them can never be decoded, but the fact of the matter is that tea has played a significant role in Asian culture for centuries and become a staple beverage. It is not just a curative but also a status symbol, and it comes as no surprise that its popularity spread to the world over the years.

The Origins of Tea
The widespread use of tea became evident in 206-220 AD by the Chinese Han Dynasty, but tea had been a part of Chinese culture long before that. Let’s learn more about the evolution of tea.
An overview of tea’s evolutionary journey within China:
• Tea is believed to be discovered sometime between 30th century BC and 21st century BC. It was initially used as medicine in ancient China, where people chewed on fresh leaves for their refreshing and invigorating effect before they learned to brew it in water to make a drink out of it.
• By 722 BC – 221 BC, the Chinese started to brew the leaves, adding to the concoction other ingredients like ginger, tangerine peel, scallion, and cornel. Tea became a part of their food, and the Lei Cha of Tu Jia is evidence of this. This concoction was mixed with rice and eaten as a meal, rather than enjoyed like a beverage.
• It was only between 202 BC and 220 AD that tea evolved as a beverage in China, offered as a refreshing drink to officials and noble lords. By then varieties of tea had been discovered, and rare kinds were brought to emperors as gifts because it was a coveted trade object. It is also during this period that trading of tea became a commercial activity.
• In the years that followed, between 420 and 589 BC, tea drinking became popular as a Chinese tradition. Its consumption increased rapidly, and methods for cultivating tea started to be explored to keep up with demands.
• In Lu Yu’s Cha Jing’s time, tea cultivation became prosperous. In the years between 618 and 907 BC, the Tang Dynasty planted several tea trees all over the country and Japanese monks travelled back to their own countries with a few seeds. From here on, tea left the Chinese soils for the first time and was introduced to Japan.
• Years 960 – 1279 BC saw more development, as varieties of scented tea were explored in Wu Yi Tea from Fujian Province in China.
• Between the years of 1271 – 1368 BC, there was a remarkable development in tea crafting methods. Machine made tea was tried out, though the commoners still used loose tea for their drinking practices. Tea Cakes and Tuocha were still popular as tribute given to royal and noble Lords in exchange for favours, as these were still indulgent items that were also the best in quality.
• It was during the Ming dynasty that the concept of roasting tea leaves came into being. Years between 1368 and 1644 are known as the time when the leaves were made into strips and cakes were replaced with loose tea leaves to make drinks.
• When the Qing dynasty ruled China in the years from 1636 – 1911, tea had become a staple and various species like the yellow tea, oolong tea, green tea, white tea, dark tea, flower tea, black tea and more had become quite popular. As the export of tea became popular, tea brought foreign trade to Chinese shores and became a popular drink.

Tea’s revolutionary journey across continents.
By the end of the 3rd century AD, tea had become China’s number one beverage. By 8th century AD Chinese were already trading tea to Tibet, the Arabs, the Turks, to the nomadic tribes of the Indian Himalayas, and also along the “silk road” into India. It was not until the 16th century that tea reached European soils, and it was only in the 17th century that the British were introduced to tea.
It is during these globetrotting travels that tea underwent another change. The delicate leaves of tea suffered great damage on their long voyage from China to Europe, and profit-conscious tea producers had to look into other means to make the leaves retain their freshness and potency. They took to researching more sophisticated means of manufacturing, packaging and even transportation so that they could get their exports to their destination in good condition. What was being made and exported thus far was the green tea, which was delicate and definitely unsuited for a long journey by sea. This led to the birth of black tea.
From green to black tea was less about performing a miracle but more science. All tea – green, black, white, oolong, puerh and yellow tea, come from the same plant – Camellia sinensis that’s native to China! The various types are made possible from the methods used to cultivate and process these leaves.
This is why, when Europeans found that green tea didn’t reach them in an expected condition, they took to oxidizing the leaves naturally before drying them to help retain the freshness a little longer. This gave a darker colour to the brew and became known as Black Tea, the most popular type of tea in the world. And while the Chinese still love their tea green (comes as no surprise considering how healthy they are as a nation), the Europeans became the connoisseurs of black tea.

Tea grows in popularity
Contrary to popular opinion, tea didn’t enter Europe via England. Instead, it was Holland which was the first port of entry. In the 17th century, tea was imported and consumed in Holland. It reached English shores a good half a century later. Now although the introduction of tea in England is credited to the Portuguese princess Catherine of Braganza who married Charles II, the afternoon tea history started with Anna, the seventh Duchess of Bedford, in the year 1840. What started out as a way to satiate hunger soon turned into a ritual that is now widely known as the afternoon tea.
Britain, under Charles II, opposed the import and sale of tea. It was a highly taxed commodity. The East India Company had a trade monopoly on tea. The result was a widespread smuggling of tea. Incidentally, in the new colonies of America, tea was the most consumed beverage, until the Boston Tea Party incident in 1773.
For nearly 100 years, tea was at the crux of trade and economy, politics, and severe smuggling. Britain’s Opium Wars with China led to the latter losing severely. The East India Company used its colonies to grow tea and a new industry was born.

Tea in the rest of the world
Let’s take a look at how tea fared in other countries over the years, as it made its way to No.2 on the list of most popular beverages.
Hong Kong – Apart from their famous yum cha culture that is native to southern China, Hong Kong has been using tea extensively over the years. They have their own localized version of English tea as well as the famous Hong Kong-style milk tea.
Japan – One of the first countries introduced to tea and start a tea ceremony. It became a staple drink for the religious classes of Japanese priests. In fact, the Japanese came to love the drink so much that they even created different ways of consuming it. One such way is called the Japanese tea ceremony also known as the Way of Tea; a process focusing on how tea is made. This process involves aesthetically preparing a bowl of tea from one’s heart. Another common variety of tea was developed by the Soen Nagatani in 1738; the Japanese Sencha or roasted tea, which is an unfermented form of green tea and the most popular beverage in Japan today.
Korea – Tea has been used in simple rites by aristocracy since time immemorial in Korea. The famous “Day Tea Rite” is highly documented as a common daytime ceremony, while the “Special Tea Rite” was reserved for important occasions. It’s known for its elaborate tea ceremonies, where green tea is still the most popular variety, while alternatives like chrysanthemum tea, mugwort tea, and persimmon leaf tea are also served.
Vietnam – Their rich teas were not known outside of the country for years. The country has some specialty teas like the Jasmine tea and Lotus tea that are world-famous today, and also produces as well as consumes high quantities of black and oolong teas.
India – The British introduced tea to India to break China’s monopoly on tea. This could probably be why the term British tea has gained popularity in the country. The climate and soil were favourable to tea bushes, and an exceptional quality could be achieved with the right planting and cultivating techniques. While some varieties of tea are native to ancient India, they were usually used only for their medicinal properties, never as a refreshing beverage. Today India is also the largest consumer of tea worldwide, and Indian tea companies have acquired major foreign tea enterprises like Tetley and Typhoo.
Iran – The mild weather, fresh spring water, and soil quality have made the region of Gilan in North Iran the largest tea cultivator of the country. The country uses tea extensively for everyday use.
Turkey – Known as one of the largest tea markets in the world, Turkish black tea is even more popular than the very famous Turkish coffee.
Taiwan – The country has some of the most famous oolong tea and green tea in the world and also is home to many western-styled teas.
The USA – While you would say that coffee is the most popular drink in America, tea comes as a close second. However, unlike their Asian counterparts, most Americans like their tea iced, highly sweetened and often bottled too!
Australia – Tea was introduced in Australia by the British and most of the tea produced and consumed in Australia is black tea.
Sri Lanka – The 4th biggest tea producing country after China, India, and Kenya, Sri Lanka has some great teas and their Ceylon tea is world-famous.