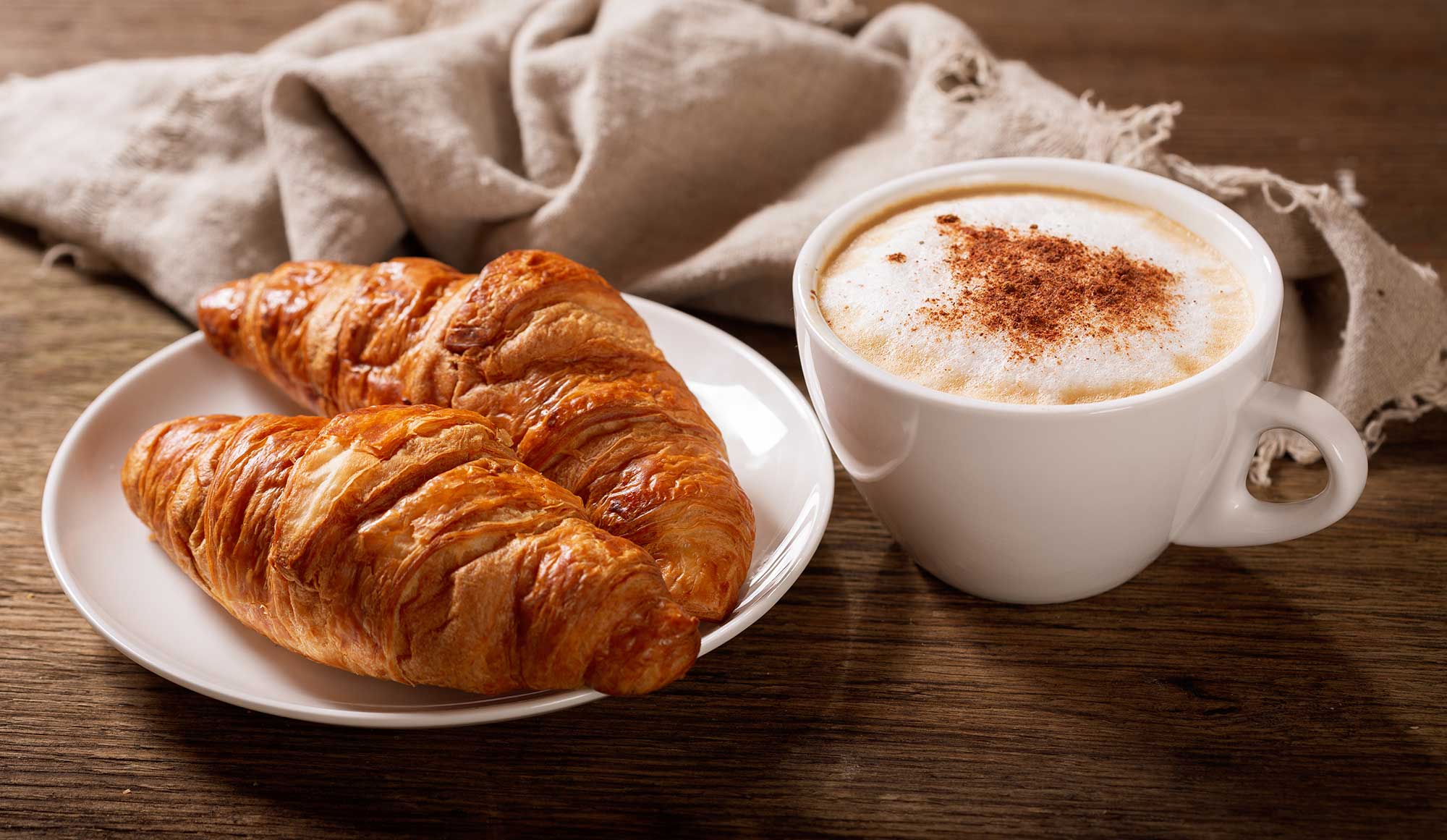 A cappuccino is a type of coffee drink. It comes from Italy and is prepared with espresso, hot milk, and steamed-milk foam and is made in a steam-producing espresso machine.

Before there was a cappuccino as we know it today there were variants of coffee that in time became this distinct type of coffee. At first, coffee was prepared by boiling the mixture of coffee and water together with sometimes added sugar. This was known as a traditional Ottoman preparation of the drink. In the 2nd half of the 17th century, British began to filter and steep coffee and that fashion spread to France and the other parts of Europe. Adding milk to coffee was known in Europe in 17th century also and even advised. Cappuccino comes from the coffee beverage “Kapuziner” which appeared for the first time in the Viennese coffee houses in the 1700s. It was made as coffee with cream and sugar or coffee with cream, spices and sugar. For this version was used whipped cream. This type of coffee, when it was made in other places, outside of Vienna was referred to as “Viennese Coffee” or “Café Viennois”. Its name as well cappuccino comes from the Capuchin friars, referring to the colour of their habits.
Cappuccino, as is written today, appeared for the first time in northern Italy in the 1930s. At first it was made in “Viennese” style – with a whipped cream which is sprinkled with cinnamon or chocolate. The steamed milk variant appeared later. The real espresso machines became widespread only during the 1950s and people started making cappuccino with espresso instead with standard coffee. In this form, cappuccino is known around the world from that moment on. “Kapuziner” still exists unchanged on the Austrian coffee menu.
When a cup of espresso is made, beside an espresso shot, texture and temperature of the milk is very important. Micro foam is created by introducing very tiny bubbles of air into the milk which makes characteristic steamed-milk cream. Standard cappuccino consists of an espresso, on which is poured hot foamed milk, in a 2 cm layer of milk foam on top. Amount of milk may vary and if you pour more milk you get cappuccino chiaro – light cappuccino, also called wet cappuccino, and if you pour less steamed milk you get cappuccino scuro – dark cappuccino, or dry cappuccino.
There is also cappuccino Freddo which is a cold version of a cappuccino. It is made by adding a small amount of cold frothed milk atop of cappuccino. It is popular in Greece and some parts of Italy. Some other parts of Italy have gelato da bere which is a thick blend of gelato, Italian ice-cream and espresso, while other have shakerato, an espresso and ice shaken together. Canada has iced cappuccinos which are sold in Tim Hortons coffee chains. It is a frozen coffee drink made from thick black syrup mixed with water and blended with cream, milk or chocolate milk in accordance with the wishes of the costumer.