For nearly five thousand years, people have been enjoying tea. Discovered in China, it is currently the one of the most popular beverages worldwide, second only to coffee. Sometimes it’s sipped on the go, and other times it’s prepared in traditional ways, with great ceremony. There are many different varieties to choose from, there is a lot of history behind this beloved drink as well, much of which you may not know.
Read on for 10 interesting facts to ponder the next time you enjoy a hot (or cold) brew.

Originally used for medicinal purposes such as detoxification, it was often chewed rather than being drunk from pretty painted China cups. According to folklore, the beverage was first discovered when the leaves from some tea bushes blew into the water that servants were boiling, to purify it for Emperor Shen Nong to drink. The leaves went unnoticed and the water was served to the emperor, who was also an herbalist. Upon drinking this accidental brew, which he very much enjoyed, the concept of drinking tea was born. 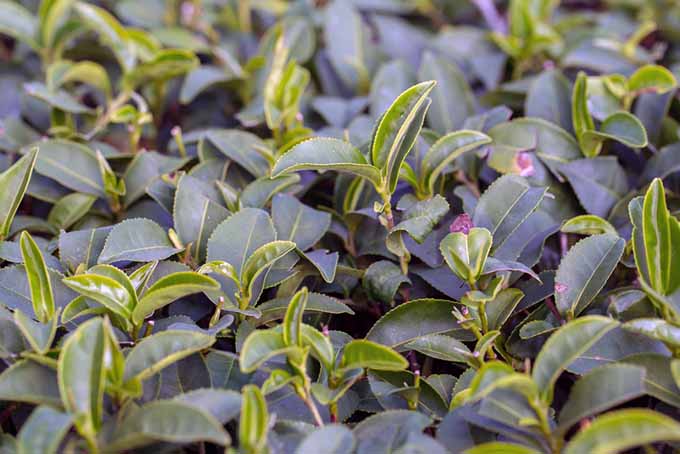 There are several different types including black, oolong, green, and white. They all come from the same plant, Camellia sinensis, but the difference lies in how the leaves are treated after they are harvested. All tea leaves are withered, rolled, and heated. Different varieties are created depending on the additional steps, or in the timing of the steps, that are taken before the leaves are packaged.
• Black– the most commonly consumed (about 84 percent of totals worldwide), it is also the most processed – but this doesn’t refer to the use of unhealthy sugary or artificial additives. Rather, the leaves are left to ferment until they turn black, then dried and packaged.
• Oolong– follows a similar process to black tea, however, each individual stage is not as long.
• Green– not put through any sort of fermentation process, it is either steamed or pan fried.
• White– the least processed of the four. Picked earlier in the season and made from younger leaves, white tea leaves are typically only left to dry briefly in the sun before being prepared for packaging.
Brew temp matters too, and overboiling should be avoided. Combo coffee/tea makers like this one allow you to change that setting, to get the perfect cup. It’s also important to properly store your teas to avoid degradation by heat, moisture, and light.

Lemon and ginger can be used to brew a beverage that is technically defined as a tisane.

Now that you have learned that there are only a few different types of tea, you may be wondering about all of the other ones that you’re aware of, like peppermint or echinacea. Well, hold on to your hats, people: these herbal drinks are technically not teas at all, but rather, something called an infusion.
Although the word infusion was originally used to describe a drink made from pearl barley, it now commonly refers to any tea-style herbal infusion and it can be made from nuts, seeds, berries, flowers, leaves, or roots. Fresh or dried herbs like mint and lavender can be used to make an infusion, though you’ll find that all of these brewed or infused drinks are referred to as “tea,” more often than not. You can also combine the two, making flavourful infusions of tea leaves brewed with your favourite herbs and spices, like fruit in an iced tea or cardamom in a steaming cup of homemade chai.

Rule n.4 - The Champagne Of Tea

Grown in Darjeeling, India, the type of the same name is often referred to as the champagne of teas. It is a widely accepted belief that this particular black variety is the best of the best.
Grown in the Himalayas where the perfect climate for growing Camellia sinensis exists, the rocky mountain terrain makes it difficult to harvest. To gather Darjeeling leaves, pickers must battle the cold, the steep terrain, mists, and heavy rains.
These factors also contribute to the delectable, musky-sweet taste that Darjeeling connoisseurs know and love, as well as the high price that is commands. A pound of this can cost hundreds of dollars, though it typically sells for less.
Many products packaged under the Darjeeling name are actually blends of this type and a much cheaper variety, so you have to be careful when you’re shopping. Read labels, and keep your eye out for the real thing!

While Darjeeling can be quite expensive, it is not actually the most costly type to brew. That prize goes to a rare Chinese variety called Tieguanyin.
Named after the Buddhist Iron Goddess of Mercy, this oolong will cost you a pretty penny, at up to $1,500 per pound. But the good news is that the leaves can be brewed up to seven times before losing their unique flavour.
The reason for the high price lies in the fact that this type truly tickles each one of the five senses:
Sight – The leaves have a nice bright colour.
Touch – They are also thick, and crisp to the touch.
Sound – When brewing loose-leaf Tieguanyin, it’s said to actually make a pleasant ringing sound when it’s being poured into the cup.
Smell – The nutty aroma makes it a one-of-a-kind oolong.
Taste – This variety also has a very rich flavour.
If you are able to enjoy a cup of Tieguanyin, consider yourself lucky, as this means you are not only wealthy enough to afford it, but also among the small percentage of people who will ever have such an experience. 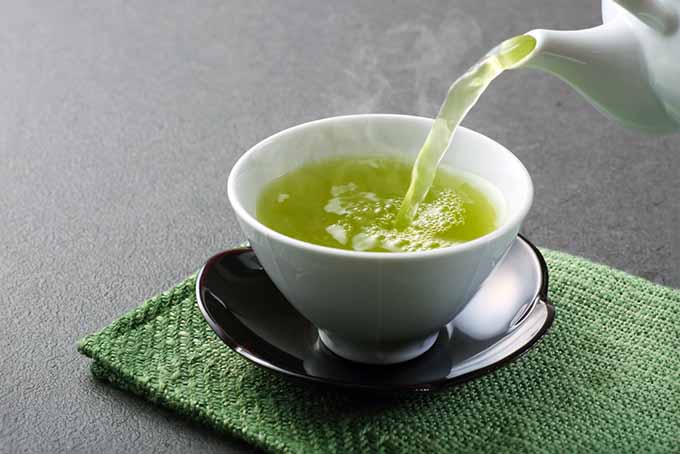 In addition to external healing properties, green tea is known as a super food when it’s consumed.
Though “super food” is a relatively new term for foods or drinks that are packed with nutrients, the potential benefits of drinking tea have been known for a long time. It is said that the green type can help to soothe a sore throat, regulate blood sugar levels, and reduce the risk of heart disease.
Though it has been used medicinally for thousands of years, it is only recently that scientific studies have begun to confirm many of the widely held beliefs regarding its healing powers.

There are many compounds in green tea that contribute to its potential healing benefits, such as flavonoids and catechins. These compounds offer antioxidant, antiviral, antibacterial, and even anticancer properties.
Green tea has also shown positive results in aiding weight loss, preventing tooth decay, and alleviating depression. The reason that the green variety is superior when it comes to helping certain conditions is because the leaves are not fermented, allowing the maximum amount of beneficial compounds to remain intact. 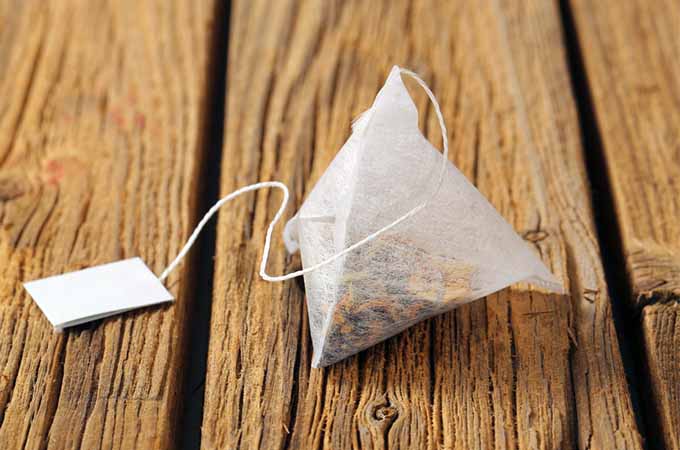 The teabag was invented in the United States in the early 20th century. True lovers of this drink do not consider teabags to be a great invention, since they tightly pack the tea. This does not allow the leaves to expand while brewing, which enables the release of more of the compounds that are responsible for flavour, among other things.
Teabags, which are generally made from filter paper or silk, do offer convenience, and this has brought the beverage to a wider audience than it may have ever had before they were created.
The main advantage they have over infusers, which were used before bags were invented, is that they hold the leaves inside so they will not escape. They are also disposable, so they do not need to be cleaned like infusers do.
While these may not be favoured by true connoisseurs, they certainly have their place in the industry, and they’re used by many.

As of the time of this writing, the largest teabag recorded by Guinness World Records weighed in at just over 551 pounds, and measured 9.8 feet wide by 13 feet high. It could be used to brew over 100,000 cups. Ahmed Mohamed Saleh Baeshen & Co., owner of Rabea Tea in Saudi Arabia, set this record in 2014.
Other world records recorded by Guinness that are related to tea include the Largest Cup (10 feet tall by 8 feet wide), and the Most Cups Made in One Hour (an astonishing 1,848 by a team of 12 people).
Recordsetter.com, a website that allows users to create their own world records, offers many more record-breaking, tea-loving activities, such as Most Bags Held in One Hand and Longest Time to Balance a Cup on the Chin.
Next time you have a cup, consider setting your own world record with your favourite drink (or just enjoy it)!

China, Sri Lanka, and Kenya export the most tea worldwide, shipping out about 1 million metric tons of it between the three countries.
Thanks in large part to its huge population, China consumes the most of any country in total. However, per capita, Turkey, Ireland and the United Kingdom take the top three spots. Over 3 billion cups are consumed worldwide each year.

There are some very interesting uses for this product beyond brewing. One such remedy is to rub slightly damp leaves on uncovered areas of skin, in order to keep mosquitoes away. Tea has also been used for cleaning floors, naturally dyeing cloth, marinating meat, and for helping to patch up tiny nicks from shaving. It’s often used for gardening purposes, too. Roses love the leaves, absorbing the nutrients that they offer through the soil. This makes a great addition to a compost pile, as it can accelerate the process of decomposition.

Hot or iced, black or green, milk or lemon, honey or sugar, tea or tisane?
There are so many different types and ways to delight in a cup that it can be overwhelming at first. However, there truly is a type out there for everyone, even if the drink doesn’t immediately strike you as your “cup of tea,” so to speak.
admin2021-10-06T10:52:23+02:00March 9th, 2021|